Distinguished Professor Riman Elected to the National Academy of Inventors 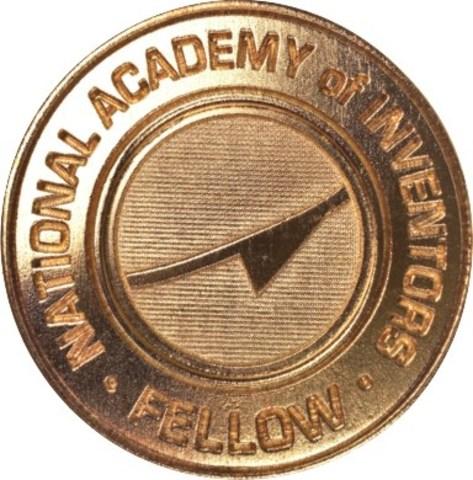 Richard E. Riman, distinguished professor of materials science and engineering in the School of Engineering at Rutgers University–New Brunswick, has been elected as a Fellow of the National Academy of Inventors.

The Academy announced its 2016 Fellows on December 13.  The Academy's fellows include more than 94 presidents and senior leaders of research universities, as well as 28 Nobel Laureates.

“Professor Riman’s research in materials science has resulted in two promising start-up companies and has real potential for positively impacting the concrete and ceramics industries,” said Christopher J. Molloy, senior vice president for research and economic development at Rutgers. “Forward-thinking science like this is important for economic future and we are pleased that Professor Riman is receiving such a prestigious national recognition.”

A resident of Belle Mead and native of Teaneck, Riman was awarded Inventor of the Year by the New Jersey Inventors Hall of Fame in 2014. He currently holds more than 10 U.S. patents and patents pending for the “low-temperature solidification” (LTS) process he invented with a former doctoral student, Vahit Atakan, and post-doctoral students Surojit Gupta and Qinghua Li.

The LTS technology is being commercially developed by a company Riman founded, Solidia Technologies Inc., where Atakan serves as chief scientist. Solidia’s investors include Kleiner Perkins Caufield & Byers, Bright Capital, BASF, BP, LafargeHolcim, Total Energy Ventures and other private investors. The company employs more than 65 people at its headquarters in Piscataway. The company aims to provide sustainable manufacturing methods and construction materials for building and infrastructure applications. It has licensed numerous patents from Rutgers and has advanced the technology with more than 200 patents worldwide. Solidia has received numerous awards, including R&D Magazine’s R&D 100 in 2013, which recognizes “revolutionary technologies newly introduced to the market,” spans industrial, academic and government-sponsored research.

Solidia says its technologies, combined, have the potential to reduce the carbon footprint of cement and concrete products by up to 70 percent. Requiring only modest changes to the processes currently used to make cement and concrete, Solidia’s process, which is more energy- and resource-efficient, makes solids out of packed powders without using a high-temperature kiln or furnace. The process produces innovative materials that offer greater strength and durability.

The 2016 Fellows will be inducted April 6, 2017, as part of the Sixth Annual Conference of the National Academy of Inventors at the John F. Kennedy Presidential Library & Museum in Boston.